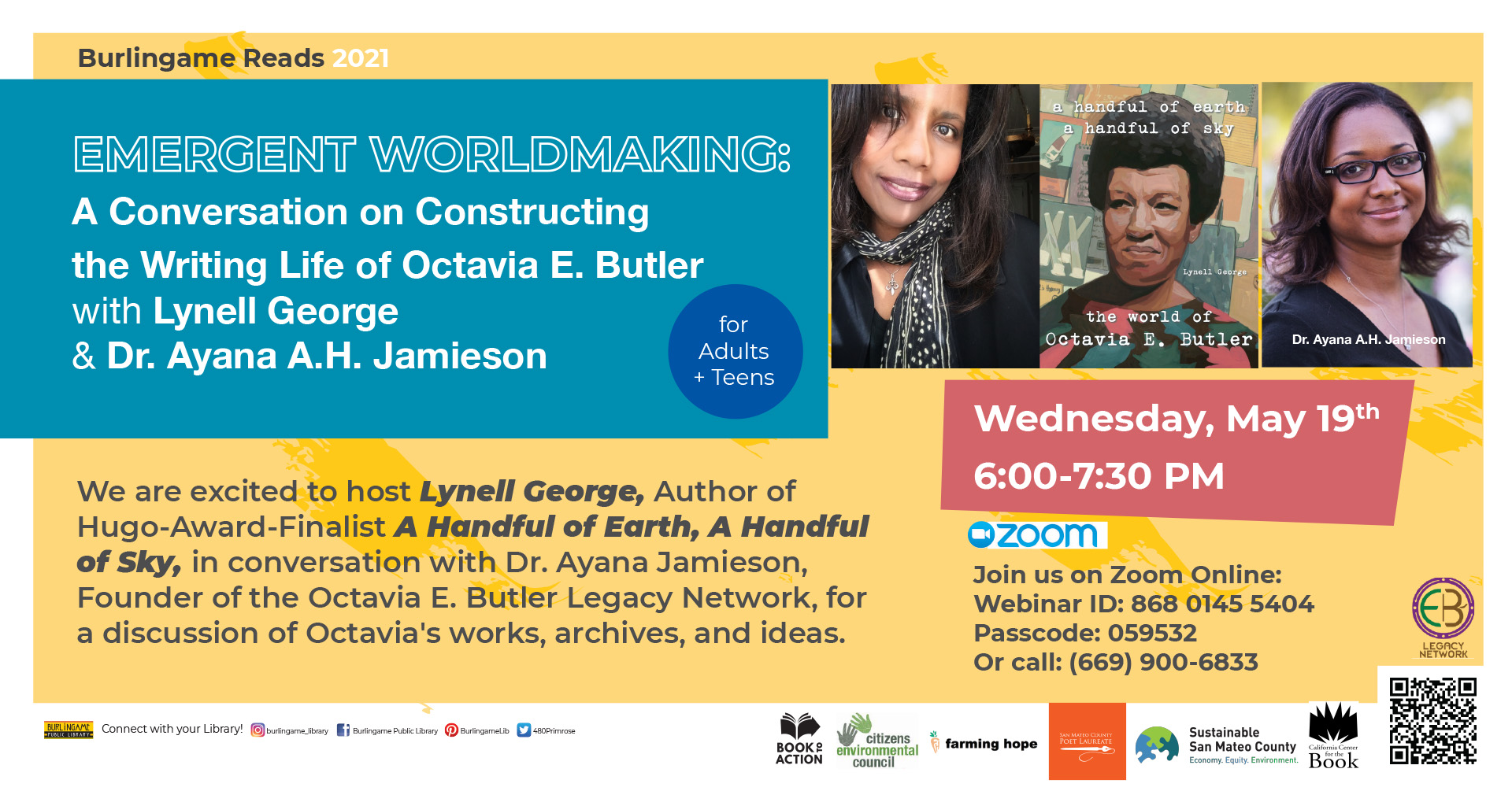 We are excited to host Lynell George, Author of Hugo-Award-Finalist A Handful of Earth, A Handful of Sky, in conversation with Dr. Ayana Jamieson, Co-Founder of the Octavia E. Butler Legacy Network, for a discussion of Octavia's works, archives, and ideas.

Lynell George is a journalist and essayist. Los Angeles Outside the Frame was her first book of essays and photography, exploring the city where she grew up. As a staff writer for both the Los Angeles Times and L.A. Weekly , she focused on social issues, human behavior, visual arts, music, and literature. She taught journalism at Loyola Marymount University in Los Angeles, in 2013 was named a USC Annenberg/Getty Arts Journalism Fellow, and in 2017 received the Huntington Library’s Alan Jutzi Fellowship for her studies of California writer Octavia E. Butler. A contributing arts-and-culture columnist for KCET | Artbound, her commentary has also been featured in numerous news and feature outlets including Boom: A Journal of California, Smithsonian, KPCC's The Frame, Los Angeles Review of Books, Vibe, Chicago Tribune, Washington Post, Essence, Black Clock, and Ms. Her liner notes for Otis Redding Live at the Whisky a Go Go earned a 2017 GRAMMY award.

Ayana A. H. Jamieson is the founder of Octavia E. Butler Legacy Network . Her work centers around the intersections of critical depth psychology, race, culture, and mythology. As a comparative mythologist and Afro-Future Feminist scholar, Ayana’s forthcoming dissertation “Certainty of the Flesh”: A Biomythograchical Reading of Octavia E. Butler’s Fictions, explores Butler’s biographical origins and the mythic aspects of her literary work.